Today’s Church, Its Pharisees and the Outcasts

Today’s Church, Its Pharisees and the Outcasts 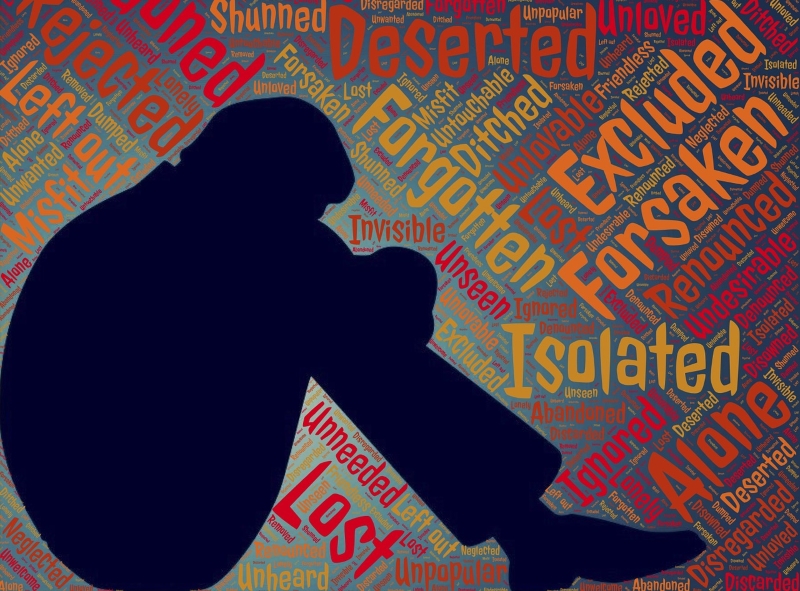 Let me start this with Luke 7:36-39 “One of the Pharisees asked him to eat with him, and he went into the Pharisee’s house and reclined at table. And behold, a woman of the city, who was a sinner, when she learned that he was reclining at table in the Pharisee’s house, brought an alabaster flask of ointment, and standing behind him at his feet, weeping, she began to wet his feet with her tears and wiped them with the hair of her head and kissed his feet and anointed them with the ointment. Now when the Pharisee who had invited him saw this, he said to himself, “If this man were a prophet, he would have known who and what sort of woman this is who is touching him, for she is a sinner.”” (English Standard Version)

The “him” is Jesus. But my point in these verses is the Pharisee.

huh, some prophet you are – you don’t even know what kind of person is washing your feet!

Pharisees were greatly respected for their knowledge of the Law and their adherence to tradition. These were the religious leaders of their day. Their knowledge of the Law went beyond the written word and included the oral tradition that was passed down over the generations. In Matthew 15 they were offended and asked Jesus why his disciples didn’t keep with the tradition of washing their hands before eating bread. This was a practice of tradition that started when the Temple was destroyed, but never given by God – their strongly held beliefs weren’t rooted in scripture but that didn’t stop them.

Pharisees were very concerned with DOING things right, they were interested in appearances and rituals.

I don’t know why the Pharisee invited Jesus to his own home. Maybe it was because Jesus was becoming so popular among the people that the Pharisee wanted to be seen with Jesus, or perhaps it was just so he could watch him closely.

Regardless of his motivation, the Pharisee was all bent out of shape when Jesus allowed the woman, the “sinner”, to wash and anoint his feet. The Pharisee is thinking to himself “huh, some prophet you are – you don’t even know what kind of horrible person is washing your own feet!” (the Laurie Revised Version)

Clearly the Pharisee would have had NOTHING to do with this woman. He wouldn’t have even allowed her into his home under normal circumstances. The Pharisees tended to keep themselves separate and pure for appearances sake.

In Mark chapter 2 the Pharisees questioned why he was sitting and eating with tax collectors (VERY unpopular people.) Jesus however had no problem whatsoever being with those who society disdained.

He drank water from the cup of a Samaritan woman, not something a proper Jew, much less a Rabbi would ever do. In fact, a woman in general was mostly confined to the sphere of her own family, men didn’t generally have conversations with women as equals, yet Jesus did. 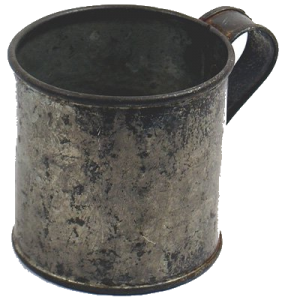 When Jesus healed the leper in Mark 1 he actually TOUCHED the leper when healing him. Religious leaders of the day would have never done that because a leper was considered unclean, and to touch a leper was to make yourself unclean.

People who are transgender are today’s group of outcasts in the church – one of the last groups of people to be embraced by the Christian community, and today’s Pharisees are the church leaders either too pious or too frightened to openly welcome them.

I actually had a Christian, in response to one of my earlier posts say “Come ye out from among them and be ye separate…touch not the unclean thing and I will receive you.” He then said “”Touch not the unclean thing”, is talking about personal living and congregational holiness. the inner man.”” He felt perfectly fine keeping people who are transgender OUT of his church for the sake of “congregational holiness.””

When God created us male and female. It – was – perfect!

I have a very good friend who has known my history for several years, I’ve been welcomed and loved by his whole family. The other day we were having lunch, and I was telling him about an upcoming meeting I’m having with a pastor in Dallas, how I wish more churches would just come out and say what this brave pastor has said about opening the church to people who are transgender. And without skipping a beat my friend said, “well what about homosexuality?”

I responded with “what about it? It has nothing to do with being transgender.”

My friend looked a little confused for a couple of seconds, then it all came together for him and he understood. Being transgender is about WHO you are. Homosexuality is about who you LOVE. POLITICS has joined the LGB with the T in the minds of many Christians. Whoever tacked the “T” to the end of “LGB” did in my opinion a tremendous disservice to people, and in particular Christians who are transgender. Being transgender has NOTHING to do with who you feel attracted to and with whom or how you have sex (can I make it any clearer?)

When God created us male and female, it – was – perfect! And I mean perfect. Adam was all man (whatever that means) and Eve was all woman (whatever THAT means.) And even after the fall, his intention for His children, the human race to “be fruitful and multiply” was through the union of a man and a woman. He created the animals the same way. Even the flowers are male and female and look forward to the bees to do the pollinating. It was all part of God’s perfect design. But it took the fall to introduce everything from hate for one another (as in their son Cain murdering Able) to genetic and in utero differentiation (the multitude of birth defects we see today.)

What many Christians don’t understand is that being transgender is not a choice. Most people who are transgender will tell you that they’ve known this about themselves from as far back as they can remember. We are today as a race merely a faint copy of the perfection that was created in the garden, all of us. And if you’re asking in your head do I think that being transgender is a birth defect – then I would have to say yes. Me being born with a male body and a female thinking brain wasn’t part of God’s perfect design, but we don’t live in a perfect world and we as Christians know that. Yet we don’t toss anyone else aside because of something they were born with beyond their control. Yet somehow many Christians seem to think that being transgender is a choice and therefore can be simply dismissed as sinning against God.

Before you go but…but…but… let me interrupt you before you interrupt me. Yes, you can find examples of a few people who have gone as far as having surgery, so their bodies are more in line with how they feel. Then later, sometimes many years later change back (with or without surgery) to live as their gender at birth. I fully understand how someone can be emotionally abused as a child and severely affected by it later in life.

I know of one person who says they are a “former transgender” but have changed back and now try to convince others that EVERYONE who claims to be transgender can be fixed. When in truth this poor person, as a little boy, was dressed up against his wishes like a little girl by his grandmother on weekends. When he was dressed like a girl she would lavish praise and treat him like a little princess but would withhold any love or affection if he was dressed as a boy.

Over time he learned to love the praise and hate the lack of affection and …bingo! The emotional abuse has done its job. His life continued by his own account with sexual, alcohol and drug abuse. At no time does this person indicate he believed he was a girl inside from birth. He was so messed up that eventually he had a sex-change operation; it only took a few years for him to realize that the surgery wasn’t the solution for him.

Most people who are transgender don’t share his story, yet he assumes that most people do and therefore being transgender is a lie.

Well, he’s wrong. I feel sorry for the emotional and physical abuse he suffered, but his issues were purely psychological and not genetic or related to development in the womb. His surgical solution to his problems was wrong.

To say that being transgender is a sinful choice is to say you KNOW that it isn’t genetic, that you KNOW there is no biological, hormonal or enzymatic condition occurring in the womb that can result in a baby of a biological sex having the internal identity of the opposite sex.

Currently the research says it’s more likely some of these are the cause.

Suicide among people who are transgender it astronomically high

I CAN tell you that I certainly wasn’t dressed up as a girl when I was little. I wasn’t expected or forced to act like a girl growing up. The fact is that I would have LOVED it. But it was my greatest secret out of fear of how my family might react. I told no one how I felt. I tried to be the normal kid I was expected to be. Even as an adult I tried, until I could bear it no more and wanted to kill myself.

And my story is not isolated to me, there are millions with a similar story. As kids we don’t understand why we feel like our body is wrong when everybody else seems to be fine with theirs. Suicide among people who are transgender it astronomically high – because it can’t be seen and therefore it isn’t understood by society.

You don’t understand it? That’s ok. No one fully knows yet how some of us are “lucky” enough to get the transgender ticket as we come speeding out of our mother’s womb. But just because we do doesn’t mean Jesus would discard us as outcasts. In fact, it seems that if given the opportunity, he’d gladly dine with me and others like me, though I’m sure the Pharisees of both then and now might not like it much.

There are AMAZING Christians out there who love God with all their heart, all their soul and all their strength. They would love nothing more than to be able to serve their Lord and Savior in their local church and beyond. But there’s just one problem – they’re transgender. I’m just sayin’.

Sign up now and get my new posts via email and to stay informed of my upcoming book.
No spam and your email address will not be sold or given to anyone – ever!

I’ll Take Sticks and Stones Anytime!
I Hate Not Being Able to See What’s Ahead!
Subscribe
0 Comments
Inline Feedbacks
View all comments