So What Is It Exactly to be Someone Who Is Transgender?

So What Is It Exactly to be Someone Who…

So What Is It Exactly to be Someone Who Is Transgender? 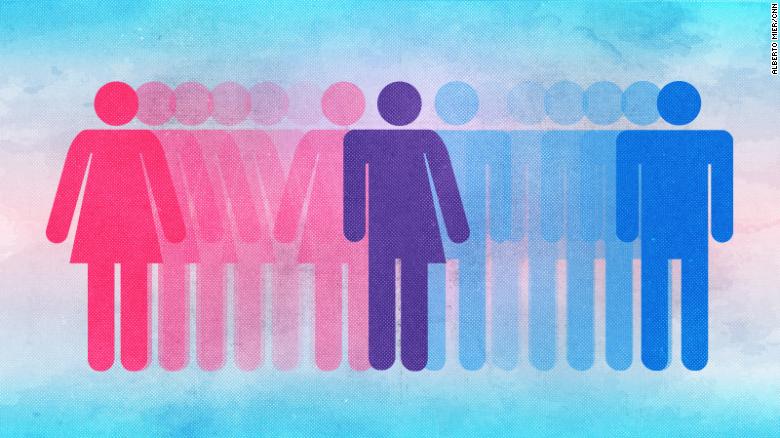 I recently had lunch with a good friend. We talked about her daughter in her first year of college, a kitchen remodel, just getting caught up with life stuff. During our conversation I mentioned how I was feeling a little low that almost none of my Christian friends had shared my posts. I wasn’t pointing the finger at her, just opening up my heart. She mentioned that her daughter was a Facebook friend with her but she hadn’t had a chance to talk with her about having a friend who is transgender. I imagine it’s probably hard for her to try to put this into words for her daughter. I’m most likely (I didn’t ask) her first friend who is transgender – but I get how that might be an awkward conversation that she probably didn’t think she would ever have with her daughter. So THIS is for her and any of you who have a friend, maybe even a family member who is transgender but need help trying to explain it to your child (actually this should work with spouses, parents and other friends as well – I’m trying to keep it simple here.)

Start with a simple question (depending on their age.) I would start with “have you heard of people who are transgender?” They may say yes or no. If they say “yes” you might ask them what they think that means, knowing their understanding of the term may help you clarify things for them during the conversation. I would then ask them if they know anybody who is left-handed. Of course they do. Do they know WHY that person is left handed? No, they don’t. In fact no one does – there are theories but it’s not just because mom or dad may or may not have been left handed, it’s still a bit of a mystery to people even today. Are we afraid of people who are left handed? Do we think God doesn’t love or can’t use people who are left-handed? Of course not (I would HOPE that would be your conclusion.)

Well, being transgender is something like that. Except being transgender means you are born with a body that is either a boy or a girl, but inside you, the part that makes you who you are doesn’t match your body. Sometimes – not very often a boy is born and realizes that he really is a girl inside (how he thinks, how he feels) and sometime a girl is born and realizes that she is really a boy inside. It’s VERY hard for people to understand – because MOST people just are inside what matches with their body. But for people whose body doesn’t match who they are inside, it’s a horrible thing because they are expected to be one person to the world (based on how they look) but they know inside that they are not that person.

For a very few people, unfortunately it does happen. And it is very, very hard for them to live with. Almost half of people like this try to kill themselves because it is just too hard to deal with in day-to-day life. Some are able to what is called “transition” and start to live in the gender that they feel they were born as. Some very successfully and no one even knows that their friend was born the opposite sex, and for some it’s more of a struggle because their bodies still look too much like a boy’s or girl’s. And that just makes their attempt to transition and blend seamlessly into society that much harder.

It’s important to know that they didn’t choose this. People who are born this way feel tormented for much of their life because they are trying to figure it all out themselves. Doctors and scientists don’t have the answers why people are born this way, but the fact is they are. Many of those who are different just aren’t liked or accepted by people – its human nature. But it’s important to understand they have no control over this – they are who they are, they can’t change WHO they are. Some people, even many Christians seem to think that a person who is transgender can’t be a Christian. That usually comes from some association with transgender being equal to immorality or some sexual sin, which it is not. It is simple just who you are, how you were created. Being transgender is no more immoral that being left-handed is immoral.

There ARE Christians who are transgender, who LOVE Jesus, what He did on the cross for us and want to help others understand the sacrifice made by the Son of Man, and yet there are people who because they don’t understand how someone can be transgender must think that therefore it MUST be a sin and against God’s plan for them. The amazing thing is that God can use them in a surprising way if the rest of His Church would just let it happen.

God loves ALL His Children. Christians who have professed that Jesus is who He said He is, the Son of God will ALL be saved. The details of their background, who they once were, all of that has passed away. That is what we need to embrace about the Gospel, and NOT what we think as humans is right or wrong because we’re uncomfortable with or don’t understand it. Jesus didn’t die, bleeding and in pain we will never endure so that the “comfortable” will inherit the Earth. Christ’s salvation has absolutely NOTHING to do with our comfort level. Our salvation is our faith in the One who died in our place, no matter what all the other details of our life may be.